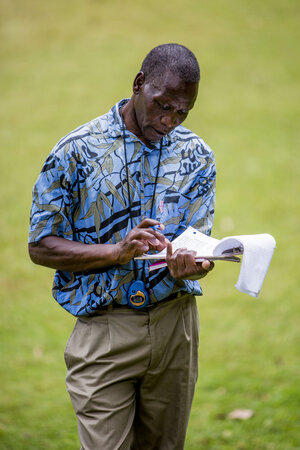 He lives in a small town, six hours west of Nairobi, famous for miles of rolling tea plantations and endless rain. The town is Kericho and is home to some of the fastest runners in the world. From Mo Farah's conqueror Paul Tanui, to 2011 Boston Marathon Champion Caroline Kilel, and 2017 Dublin Marathon Champion Bernard Rotich. The 2019 Steeplechase World Champion and current World Record Holder, Beatrice Chepkoech, is the latest star to emerge from this oft-overlooked town. And ask any of these runners where they credit their success and they will answer with a unanimous: "Coach Gabriel".

A man who has been known to sell his own goats to ensure his runners get a chance to race. A man who won't walk along the street without bending down to help someone in need with whatever shillings he has to spare. A man who once, on the way home from a training session attended by Team Impact, stopped at the fruit stand, bought a bag then turned to us and said "Here, these are for the team”. This humility is what makes him such an intriguing character to sit down with.

His talent is immense, but you wouldn’t easily know this. Softspoken and quirky in nature, Coach Gabriel is not the rabble-rousing coach character one is used to seeing in sports films. His is a more humble and understated approach that stems from a knack for spotting those who have the special qualities that he knows can make them stand out and rise above the pack. 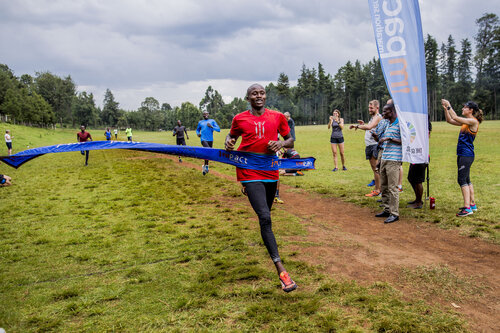 We are sitting in a very cold coffee shop next to the petrol station in Kericho. When you conjure up the images of Kenyan runners and Kenya itself, a cold petrol station cafe serving chapati and chips is likely not what you had in mind. This is where Coach Gabriel does all his meetings, it’s central, anonymous and with no airs or graces. Outside the rain is pouring down in sheets, and the wind is whipping through. It is Christmas Eve, and tomorrow Coach Gabriel is set to meet an athlete he is excited about, an athlete who is focused on Olympic qualification, to create the training schedule that will hopefully end in a plane ride to Tokyo. An athlete who, according to Coach Gabriel, has the qualities needed to win. The athlete who proactively seeks him out, and then does exactly what they agree is his first reference point for a future champion.

“You can see an athlete who is focused. He comes to you, he comes to you to sit down: “Coach, what should my plan be?” He wants to learn, he wants to train,” says Coach Gabriel. In the world of elite Kenyan running, it takes real focus, every single day, to rise to the top. The runners who stand out are not just physically strong, training 150-200km per week with multi-day workouts, they are mentally ready. Not to go through the motions, not to show face, but to do whatever is needed today. To block out the distractions of bustling Kericho, the emotional taxation from the aches and pains and weariness from body- and spirit-testing workouts, and the stresses of poverty on themselves and their families.  At first, these runners train to be the best in Kericho. From there it's only a short leap to be the best in the world. 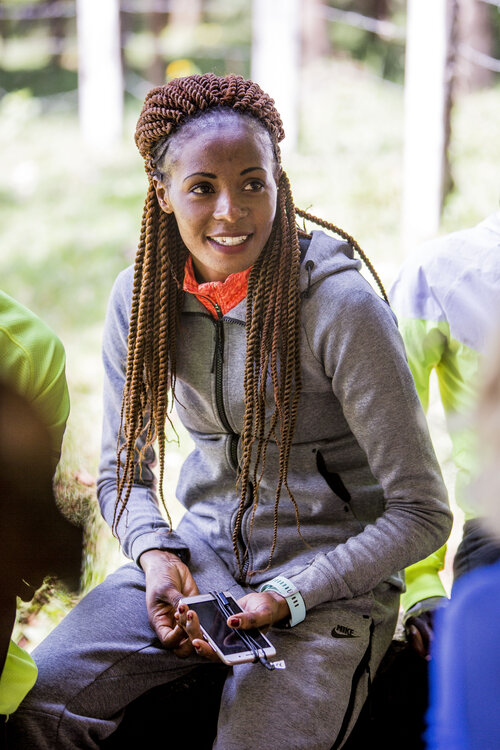 Much of our conversation involves Coach reeling off the names of his athletes, in his quiet but excitable voice, followed by their splits from this week’s speedwork session. His encyclopedic knowledge has a raw energy to it, a simple love of running and his runners that seems to consume all his thoughts, all the time. And that love, that passion, is something Coach Gabriel sees in his stars as well.

Along with an incredible focus, Coach Gabriel’s elites have a passion for running that transcends the physical, that analyses the tactical side of the sport, that loves the psychology of competition. On the coaching side, this translates to a kind of database from which Coach Gabriel references and analyses his team - an increase or decrease in numbers here, an inconsistency there - extrapolating the runners ready to be champions.

Being the best runner is definitely not about just being the fittest or having the fastest sprint finish. And if you are truly passionate about running then becoming a real student of the sport mentally is just a very natural thing to do. From the outside, competitive running appears a purely physical game, with a mental element in your ability to dig deep. But a high-level race is a very raw example of game theory and Machiavellian tactics. Studying your opponents, how they react to your confidence, how you react to their pace strategy. A great runner learns their opponents and studies the sport.

Case in point, Coach Gabriel maintains that Mo Farah could have been conquered sooner if runners had been more tactically astute, “Everyone saves up their energy to out-sprint him…... you can’t out-sprint him”, he says with conviction.

Perhaps predictably, natural talent doesn't come up in our discussion. Natural talent is in abundance. It’s the focus and the passion that must be cultivated and harnessed to break away from the pack.

Since we first arrived in Kericho town to create the Kenya Impact Marathon, Coach Gabriel has supported us, advised us and been a great friend to the team. When the Impact Runners arrive, he leads our training sessions and pushes everyone as if they were his own athletes.His love of the sport and hometown pride brings him to Impact Week and our Impact Runners have the rare privilege of getting to meet and train with Coach Gabriel and run together with his team of elites.

Kenya Impact Marathon will be returning to our race calendar for October 2021, make sure you are on our mailing list to be first in line for spaces at the event. 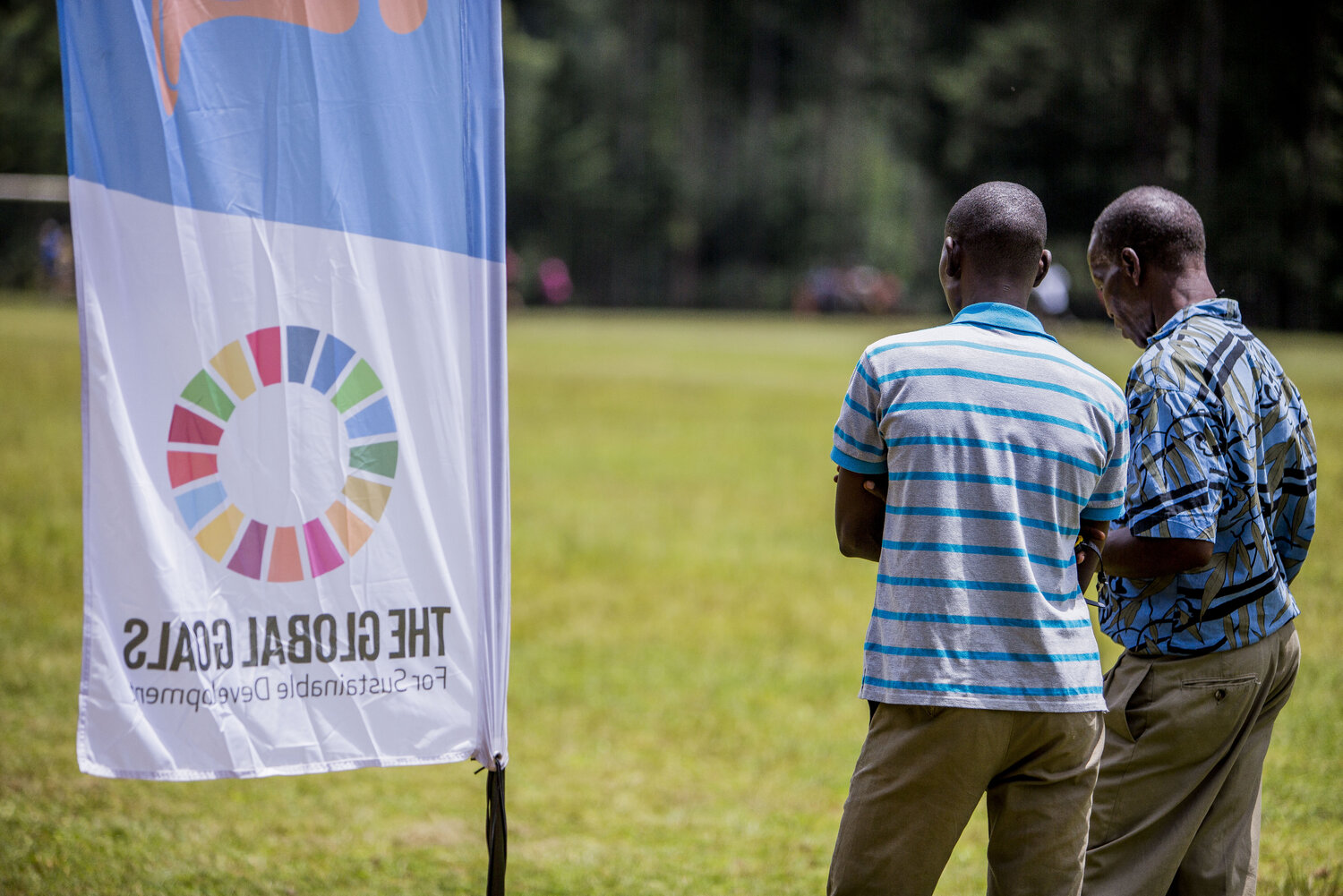